I've spent the last couple of weeks doing a major overhaul of the 20".  I actually thought it would take just a day or maybe a weekend, but my projects always take at least four times as long to finish than I think they will.  Often I do something wrong, or have to spend time how to finish a task.  Here's what I did:

Mirror cell: Removed all the triangles and removed the original carpet pad disks.  I spent quite a while trying to scrape off the old adhesive with goo-gone until I finally resorted to acetone, which took all the residue right off.  I used a countersink drill bit to clean out the center pivot, then I drilled holes for the new mirror contact points (small furniture sliders).  The drilling too took a long time, until I finally went to the hardware store and bought new bits for hard metal -- it was quick after that.  In the original cell the triangles were glued at one corner each to a round piece of plastic.  I feared this would cause some strain in the cell so I drilled out wide holes to hold screws which I attached loosely to allow for some play.  The sliders actually were more slick than nylon disks, and they allowed for mechanical attachment without any milling.  I made sure each contact point was on the same as the others on each triangle, and sanded them flat as needed. 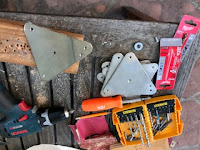 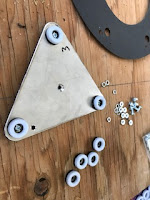 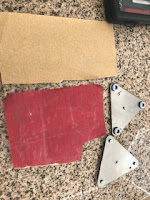 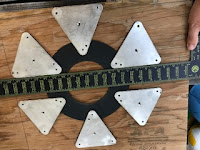 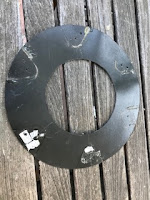 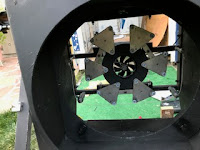 Glatter sling: I had been using a Webster sling but it doesn't adjust with the cell during collimation.  I had to use bolt cutters to cut the Webster sling out.  The Glatter is very smooth but the saddle is difficult to work with in the tight space of an Obsession mirror box.  I had to use bolt cutters to trim the excess length of the saddle bolts so it wouldn't touch the mirror box walls.  I had to adjust the length a couple of times to get the mirror centered; it was helpful to leave enough of a loop to be able to remove one end from the slider so it could be adjusted, and to have something to cover the mirror during that work.  Interestingly, the Cruxis edge support calculator gave me a result which was two or three millimeters lower than the Webster sling.  I wonder if the change will solve my astigmatism? 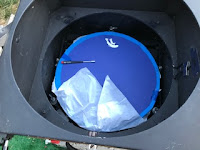 Boundary layer fan suspended over the mirror: I suspected my astigmatism might be thermally induced by the side blowing fans, which I had copied from Teeter's telescope design. I removed the side fans and covered the intake and exhaust holes with balsa sheets. I fashioned the suspended fan using guitar wire with its grommets attached to a circular plastic ring. To this I Velcro the fan, and I attached the fan wires to a section of paperclip using heat shrink tube. The paperclip tips slide into the grommet and the spring force holds it in place. The wires are tied to eyebolts which are then held to right angle brackets screwed into my baffle. I connected the audio jack wire to two of the guitar strings (red, black) using heat shrink tube. I was surprised that the assembly worked! The fan itself vibrates quite a lot but it does not seem to transfer to the scope -- more validation needed. It will at least cool the front in the same way the back is being cooled, and hopefully make the mirror flex in the same directions. 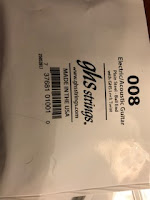 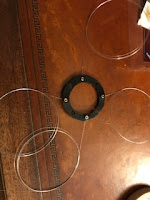 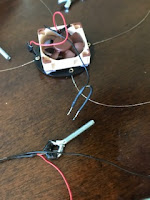 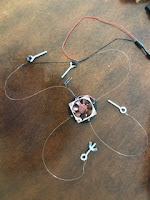 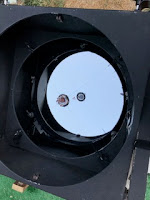 Rear fan: When I was assembling this back to the cell I realized part of the fan was touching the metal bar of the cell; this might've caused the vibration I noticed when the fan was running. I re-drilled holes in the fan plate and mounted with bits of mouse pad foam in between the cell and the plate. Hope this will solve the vibration problem. After mounting the counterweight bars to the cell I trimmed the excess tabs from the plumbing straps so no wires will get caught.

Wire rerouting: I drilled holes in my rocker and mirror boxes to run the wires for the fans and the dew heater.  This allows me to tie down those cables to the bottom of the rocker box, giving a nice clean run.  I can use these holes for the serial cable once I get one long enough.

Replaced the finder scope rings.  The original Stellarvue depended on one mounting stalk point, and the finder would lose center as the scope moved around.  I had an extra mounting shoe so I attached both to the UTA such that the ring assembly is secured to the UTA at each end so it is much more stable; it should not move around during the night's observing.
Posted by Mark McCarthy at 3:24 PM